i wrote a short piece for: The New Short Fiction Series

It will be an evening of short fiction through the spoken word, exploring how our dreams of life in summertime play out by the sea and sand. Tales by some of L.A.’s hottest fiction writers cross styles from reportage to magic realism, with characters that journey through love, work and adolescence against the backdrop of the Southland shore.The Annenberg Community Beach House’s Beach=Culture Series in Santa Monica on Tuesday, July 30, 2013.

This show’s theme is Sand and Shore

It’s free to the public but has been sold out for 3 years running so you need a reservation.
My piece is The Cheddar Coast about how a sandwich can take over your kitchen and change your life. 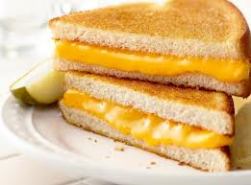 Miri Hunter Haruach is an independent scholar, poet and writer whose poetry has been published inVisions (Iliad Press) and Awakened Woman. Her first collection of poetry, Dancing with the Wind was published in 2010. Hunter-Haruach’s other writings have appeared in Bridges: A Journal for Jewish Feminists and She is Everywhere, an anthology of women’s spirituality. She is currently working on a poetry and short story collection.

E. E. King  was called by Ray Bradbury “marvelously inventive, wildly funny and deeply thought provoking.” Her publications include the novel Dirk Quigby’s Guide to the Afterlife (2010) and the short story collection Real Conversations With Imaginary Friends (2012). King’s work has been anthologized in Now Write! and Next Stop Hollywood. She was named to Glimmer Train’s Top 12 Ireland’s and the Aeon Award shortlist, and received the IntermoonLit First Prize and Britain’s Biscuit Short Story Award. King’s second story collection Another Happy Ending will be released in October 2013.

Jervey Tervalon  was born in New Orleans and raised in the Jefferson Park area of Los Angeles.  He received his MFA in fiction writing from UC Irvine. Tervalon is the author of All the Trouble You Need, Lita, Understand This and the Los Angeles Times bestseller Dead Above Ground.  His next novel,Monster’s Chef, will be published by Amistad Press, an imprint of Harper Collins in 2014.

Deborah Geffner is an actress, writer, director, singer, dancer, filmmaker, coach, animal-lover, and mom. She is best recognized for her role in Bob Fosse’s Oscar™ winning film, All That Jazz. You’ve seen her on TV in Mad Men, ER, Grey’s Anatomy, Monk and Criminal Minds, among others, and in films such as Living Out Loud, Infestation and Exterminator 2. Geffner has loved acting ever since the age of five when she filled in for the little boy who got the measles on opening night of the Caucasian Chalk Circle at Carnegie Mellon.  She has recently become an award winning director, as well as writing and producing some of her own projects.  Geffner considers directing very relaxing.

Wheaton has performed most notably at the Guthrie Theatre and New York’s Lincoln Center. He originated the role of Lenny in Leslie Lee’s 9th Wave at the Lillian Theatre, and has performed locally at the Mark Taper Forum, the Los Angeles Theatre Center, Wilshire Ebell, Actors Gang and the Pacific Resident Theatre Ensemble. Wheaton’s feature film credits include roles in Tales From the Hood, Cosmic Slop, White Trash and Bones.

About the New Short Fiction Series: hosted by Sally Shore, this seventeen-year institution is L.A.’s oldest continuous spoken word series, featuring a rotating cast of some of L.A.’s most talented working actors.Presented at The Federal Bar in North Hollywood in cooperation with Barnes & Noble, The New Short Fiction Series is a recognized standout in the Southland’s artistic landscape. Each performance features carefully selected excerpts from new works of short fiction by West Coast writers. The Series is directly responsible for placing 6 newly released books on the Los Angeles Times’ bestseller list, and has been the “jump off” for many collections and novels from unpublished stories featured in the series.  http://www.newshortfictionseries.com

Stop by early for information on the Beach House by docents from the Santa Monica Conservancy.

Tickets are free but space is limited and reservations are required. If you would like to attend, please reserve online. Please plan to arrive by 6:15pm to retain your reservation. Late seating, even for reservation-holders, is not guaranteed. To adjust or cancel your reservation for this event, email beachhouse@smgov.net. We appreciate your keeping in touch!

Parking: May-September the parking rate is $3/hr & $12/day at the park and pay machines available in three areas of the ACBH parking lot. Machines take cards and cash. Handicapped placards and Senior Beach Permits are accepted. For updated parking info and lot hours, please check the website for details.

Writing/Painting/Pilates/Scuba/Travel and animals...anything that won't pay the bills. I'm an unintentional nonprofit I've worked with children in Bosnia, crocodiles in Mexico, frogs in Puerto Rico, egrets in Bali, mushrooms in Montana, archaeologists in Spain and planted butterfly gardens in South Central Los Angeles. The butterflies wish I had chosen a different location. Check out my website and read a story, or better yet buy a book, painting or audio. UnfortunatelY, All of the profits go toward animal rescue.
View all posts by E.E. King →
This entry was posted in Uncategorized and tagged Annenberge, Barns & Noble, Beach, Cheddar Cheese, E.E. King, Fiction, New Short Fiction Series, Ray Bradbury, sally shore, Sand and Shore, short fiction, short stories, Write. Bookmark the permalink.